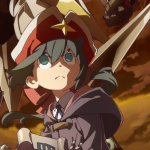 Welcome to the new and improved (maybe) FugurumaRin! Edit

Activity level: I'm a college kid, so it's kinda spotty for me.

RAT: 908 during the 2017 New Year's event. Haven't gotten close since, but I'm planning to actually try and rank during the summer. I wonder if that's actually going to happen though.

I started late 2014, the first AW I can remember fighting is Pirate's Gun, but I joined right as the event was ending. I stopped playing on that account the summer of 2015, and took a year hiatus to focus on school. Lost my first account due to the company switch and decided to start anew because I basically forgot how I was supposed to do everything. The account Fuguruma was started right at the beginning of Dark Cinderella's event, and my first RR was Cosplay Vamp (or was it Sparky? Whichever event came first).

I miss my old account, mainly because I was one of the people that got to choose between Wind Cave and a Rare when Wind Cave was featured in a flip summon. I also got Vampire Victoria as well, but those were the only URs I had. I'm better off on this account than I was on that one, but sometimes I miss the elation I had when my two URs came to me. I don't really get that feeling anymore.

However, the good thing that's come out of this is that I've found a group of players who I've become close with, close enough to start our own alliance and a group chat that goes through its dead phases. I don't think any of them will read this, but the bonds I've made with them through this game are ones that I cherish.

Retrieved from "https://valkyriecrusade.fandom.com/wiki/User:FugurumaRin2.0?oldid=288826"
Community content is available under CC-BY-SA unless otherwise noted.